This page describes the vision of EtherCore

Blockchain is a growing list or some set of specific records, called blocks, that are linked together using cryptography. Each block contains a cryptographic hash of the previous block, nonces, a timestamp of the creation of block, transactions, and smart contracts. Blocks are small unit of Blockchain and a collection of various transactions that are recorded on public Blockchain. Transactions are any actions that users perform on online network, whether shopping on eBay, paying bills, receiving a bounty, etc. When a transaction is formed by a user, it is sent to the so-called mempool, where it waits until it is being verified and stored to one of the blocks. Once this happens, it is no longer possible to revert or modify the transaction where we consider the transaction is secure and immutable.

Blockchain technology was introduced in 2008 with the launch of the Bitcoin currency, and since then Developers and Entrepreneurs have attempted to generalize the technology to support a wider range of applications on a single Blockchain platform. The technology of the Blockchain forces you to take a fresh look at the exchange of values, documents, money, and services. It removes intermediaries and allows users to directly interact with them. That’s why Bitcoin, the first working product of Blockchain, has no doubt of being the greatest invention comparable to the discovery of the internet.

Blockchain is the best technology to make digital goods and data into the function of assets. Developers and Entrepreneurs use this technology to advance the manufacturing process and digitalize the analog assets and contracts into some form of transparent, permanent record. The data derived from public Blockchains are immensely valuable to entities that operate in multiple industry verticals. Valuable insights can be extrapolated from processed data and used to determine trading decisions, fee estimation and investment strategies.

Blockchain is being adopted by various industries. For example, Blockchain has thriven the industrial spaces from video games to supply chains. Mobile games are being adopted into Blockchain for wide use, and there are a number of efforts and industry organizations working to employ Blockchains in supply chain logistics and supply chain management. As another example, some cloud service providers are providing Blockchain software as a form of service called “Blockchain as a Service”, aka BaaS, to support the industry where the Blockchain can be adopted and utilized for the better product.

Like these solutions, EtherCore aims to be a powerful Blockchain platform that can deliver valuable insights that will be licensed as technology support. Decentralized applications deployed to multi-chain scalable solution can scale to the demands of the users of DApp. DApp is composed of smart contract and multiple public transactions that are made from users of DApp. There are floods of transactions over Blockchain platforms and current public Blockchain networks lack capacity to handle those traffics. Recent research explains that Ethereum network could be scaled over by implementing sharding in the future.

Scalable databases are sometimes consists of a horizontal partition of data which is called database sharding. Each separate block of data is held on a separate database server instances to spread load of network capacity to horizontally scale the database. Where distributed computing is used to separate load between multiple servers (either for performance or reliability reasons), sharding approach may also be useful. However, sharding requires some technical complexity on database so it requires to be handled carefully by trained database engineers. EtherCore fulfills the requirement of sharding solution and it can be utilized via using Blockchain architecture.

Not to only mention about scalability, security is also crucial for Blockchain platforms. Digital payments like PayPal or simple payment solutions are very convenient, however, they are vulnerable for hacking attempts and some serious threats like denial-of-service attacks. To become and serve as a digital payment solution, these measurements for network security are important. That’s why most of the Blockchain platforms like EOS and Ethereum is implementing secure consensus algorithm like Istanbul Byzantine Fault Tolerance consensus.

Although Hard fork can be used for software upgrades on Blockchain world, it can be a security threat for DApp ecosystem, that’s why we need a stable, and secure consensus rules to prepare for safe, and sound upgrades on DApp platforms. Istanbul BFT has three different consensus mechanisms, and the block is protected against changes, which means transactions can be final after it is mined and confirmed on the network. Blockchain can only be secure if there are confidence for transaction finality otherwise the transaction may be reverted or interrupted by unauthorized third party with bad faith.

In addition for providing mineable mainnet, EtherCore will bring new sidechains that can scale horizontally, and will adopt Istanbul BFT consensus algorithm as a foundation which is one of the Proof-of-Authority implementation. DApp ecosystem can be supported under a secure, fast, and cost-effective smart contract platform that will facilitate decentralized finance. Like MakerDAO on Ethereum platform did, decentralized finance, in short, DeFi, will be able to provide banking service to unbanked population around the world.

Currently 1.7 billion people on the globe are not able to receive any banking service. While it is still possible to access the internet, banking service aren’t being provided to majority of people due to low social credit or expensive costs of transaction, lack of local infrastructure or physical security. However, DeFi solutions can make them banked beyond the limitation of local environment, whether the previous banking system is available or not, DeFi solutions make p2p transaction possible at low cost.

When it comes to DeFi, EtherCore is designed with lessons of original Ethereum platform, which used to provide DeFi solutions like Bancor network or Dai stable coin. EtherCore has listened to what DApp and DeFi developers want, and that’s why we’ve improved speed and latency at the greater limit. Every existing exchanges have rate limits on their API and it is a well-known bottleneck for DeFi service providers when it comes to collecting various datas from them. In addition to providing an advanced data analysis service, EtherCore could be a stable backbone for them, since EtherCore can scale horizontally, almost infinite requests can be handled over EtherCore node.

From inception, DeFi and DApp markets will be supported by EtherCore nodes and various infrastructure built by EtherCore developers. A secure, fast, and cost-effective web3 interface will facilitate DApp users and builders. Transactions and various contracts can be deployed at low cost. Compared with other DApp solutions and platforms, we will provide competitive database solution with enhanced security coming from highly decentralized and transparent network. Every protocol upgrades can be conducted without a single delay. Mission-critical Blockchain applications including nodes and miners will definitely support your Blockchain business and users using your innovative product. 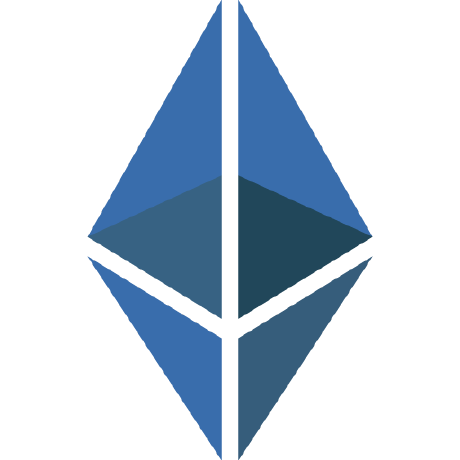